This is the first year we’ve done awards for National Parents’ Day.  Personally I had never heard of the day, but after some quick research l learned that President Bill Clinton signed the bill recognizing the importance of parents into law in 1994.   The day is celebrated on the 4th Sunday in July and over the past 20 years it has slowly begun to establish itself within organizations and communities across the nation. 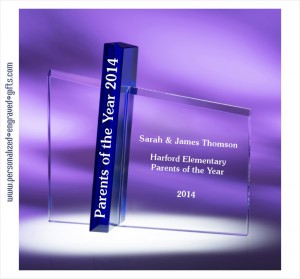 The National Parents Day Council is an organization that has chosen parents of the year since 2000.  This national organization bases the winner of the award on a number of criteria, if you would like to nominate someone or find out more information about their organization please go to their website www.parentsday.com.

Some Universities like UNF choose a Parent of the Year from student nominations.  UNF’s aim is to recognize the importance of parents in students lives and awards the winners during the UNF Family Weekend Activities.

It also appears that “Parents of the Year”  has made it to the movies.  In 2004 James Scurlock  directed a well reviewed film that shows the extraordinary struggle a mother endures to educate her children.  The movie has been well reviewed and I’ve added it to my movie watch list.

Parents’ Day is also celebrated in South Korea since 1930, initially it was “mother’s day” but in 1973 the day was changed to honor both mothers and fathers.  Korean’s celebrate the day in May.

As the power of parent involvement in schools and other organizations increases National Parents’ Day will increase in popularity and awareness.